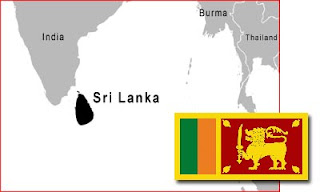 Religious liberty organizations united under the Religious Liberty Partnership (RLP) have released a statement on the church in Sri Lanka, calling for official recognition of Sri Lanka's evangelical community as represented by the National Christian Evangelical Alliance of Sri Lanka (NCEASL).

The RLP celebrates its 60th anniversary this year and is part of the World Evangelical Alliance (WEA), representing 600 million evangelicals worldwide.

“This statement is significant as it is an expression of concern by the global Christian community on issues of rights, justice and equality of all citizens of Sri Lanka,” says Godfrey Yogarajah, Executive Director of the WEA Religious Liberty Commission.

“As a nation emerging from civil war and progressing towards peace, stability, good governance and economic development, Sri Lanka stands at an important juncture in her history and it is essential that all communities are treated equally and able to live in an environment that is conducive to the fullest and unhindered enjoyment of their fundamental freedoms.”

Called the Colombo Statement, it calls on the worldwide church to pray “against the continued violent attacks on clergy and places of Christian worship,” and that “all religious communities will enjoy the Constitutional guarantees on religious freedom.”

“Having witnessed first-hand the difficulties that evangelical Christians face in Sri Lanka, I am deeply encouraged by the loving way that they have responded,” said Corey Odden, CEO of The Voice of the Martyrs Canada.

“We call on all Canadian Christians to stand with our persecuted family in prayer. This new peace is a critical opportunity for Sri Lankan leaders at all levels of authority to recognize the right of every person to freely express their religious beliefs and pray that they will take up the challenge.”

According to the statement, the Religious Liberty Partnership commits “to work toward the full realization of the religious rights of all Sri Lankans,” and “to stand in solidarity with the evangelical Christian community as they seek to have equal rights alongside other religious constituencies in Sri Lanka.”

Mr. Yogarajah, leader of the NCEASL, says that the statement is designed to ignite action. “We pray that this united global voice will encourage the government of Sri Lanka and others concerned to effect changes that will promote freedom of thought, conscience, religion and belief in Sri Lanka.”

For more information about persecution in Sri Lanka, click here.