Thank you to our many subscribers and regular visitors.
1 comments 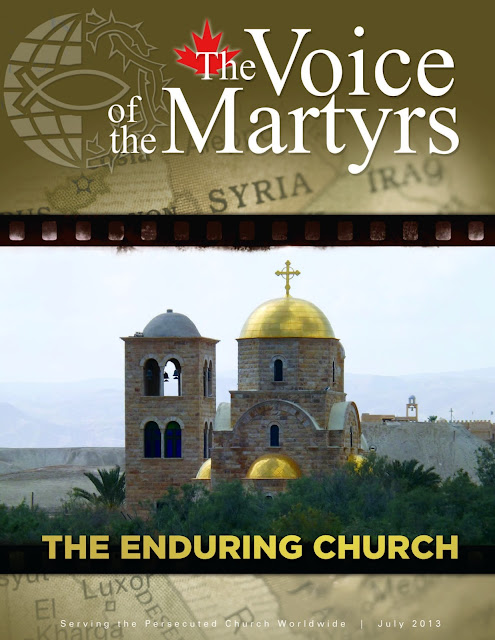 While in parts of the world, it appears that the church is on the verge of extinction, you’ll receive evidence throughout these pages that God is clearly at work. Whether reporting from China, Sri Lanka, parts of Asia, the countries of East Africa, or the ancient land of Iraq, VOM will introduce you to integral members of “The Enduring Church,” immoveable even in the face of persecution.

Christians in Sri Lanka are facing uncertain circumstances following the issuance of an indirect ultimatum by the government of the Hambanthota District to provide proof of their “legality” or be shut down.

VOM partners say on May 10th, 2013 District Secretary R. C. de. Soyza summoned a meeting of Christian clergy with the Ministry of Religious Affairs, Buddhist clergy, and high ranking police officers. During the 3-hour meeting, Buddhist clergy set forth various accusations against the pastors present. Those in attendance were given very little opportunity to respond.

The District Secretary instructed police to bring all pastors from the district to a follow up meeting which took place on the 17th. During this meeting, a Buddhist monk said that 17 churches had already been closed down. The meeting continued with threats to close functioning churches in Hambanthota.

In their response, church leaders presented the fact that Sri Lankan law does provide Christians with the right to practice their religion and does not require registration with the Ministry of Religious Affairs. The meeting concluded without any definitive decision to close any churches.

This is only one more evidence of mounting hostility towards Christianity in Sri Lanka. In 2013 alone, around 30 churches experienced a wave of violence. These attacks have occurred with little or no state action to prosecute those responsible.

Two Christians each planted an apple tree in front of his house. When the time for reaping apples came, the first looked angrily at his tree: it bore not even one apple. When he approached his neighbour’s house, he became even angrier. The branches of his brother’s tree were cracking under the weight of beautiful fruits. He asked his brother, “Explain this to me. We planted our trees at the same time; we serve the same God. How is it that He gave you so many apples and none to me?”

The other answered, “Perhaps you did not pray for your tree.” “What! Not pray?” said the first. “I prayed every day: ‘God, give rain; God, enough, now stop the rain. God, sun is needed now; too much now, it might scorch my tree.’ I never neglected prayer, and it was all in vain. How did you do it?” The brother replied, “I am not so keen at prayer as you are. I prayed only once, in the beginning, like this: ‘Father, I have planted an apple tree and wish to have fruit in due time. It is not for me to teach You how much sun and rain to give. You are a more ancient gardener than myself. You created Eden and all trees grow under Your direction. Grant me apples in due time.”

Pastor Chhedar Bhote Lhomi was arrested for eating beef and sentenced to 12 years in prison. The 37-year-old pastor and his wife were ministering in a remote part of Nepal among Tibetan people. They established a church there which met regularly.

Pastor Bhote and his wife are from an area of Nepal where eating beef is permissible, but in other areas, local Hindus do not eat beef because cows and oxen are sacred as symbols of the gods. In October 2012, local villagers discovered that Chhedar and his family had eaten beef. In an uproar, they accused him of killing the cow himself, and they destroyed his home and everything he owned. The locals handed them over to the Hindu committee, who called police and had him arrested. He was given a sentence of 12 years in prison.

When a VOM representative recently met with Chhedar, he was sad and discouraged. Chhedar’s family is struggling without him. He is worried about his children’s future and his wife’s ability to provide for them. The other students tease and mock his three children, ages 10, 8 and 7, relentlessly.

The VOM representative wrote, “Please help to get more letters in the jail so that he will know he has believers around the world who are praying for him.”

Encourage Pastor Bhote by writing him a letter!

When writing, never mention the name of the source of your information or the name of any organization such as VOM. It is not dangerous for a prisoner to receive letters from individuals, but if an organization is mentioned they may be accused of links with “foreign organizations” and receive harsher sentences. Also, please do not state anything negative about their government.

To compose a letter in Pastor Bhote’s own language, please visit www.PrisonerAlert.com. To learn more about letter writing, click here.

Please mail your letters to the following address: