According to The Christian Post, Somalia’s underground Christian community is requesting prayer. You can read their report below: 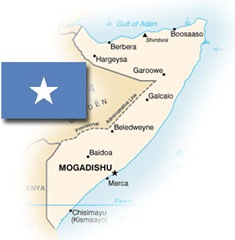 Somalia’s underground Christian community is asking fellow believers worldwide to pray for their safety during Islam’s holy month of Ramadan.

The tiny Christian population is regularly persecuted by Islamic extremists. They are requesting that fellow Christians pray they can live in peace with their Muslim neighbors. Ramadan began Aug. 11 and ends on Sept. 9.

“We are called criminal and apostate. What is our crime? We are Christians! We suffer because of what we believe,” said a Somali Christian, whose name is withheld for security reasons, to Open Doors USA.

“Please pray for all Somali Christians who suffer persecution to not seek revenge but commit their case unto God.”

Religious zeal and extremist activity generally increase in Somalia during Ramadan, noted Open Doors, a Christian persecution watchdog. Many Christians in Somalia must pretend to be practicing Muslims in order to remain safe.

A Somali Christian shared that after the suicide bombing last month in Uganda, the believer had to attend a Friday prayer meeting at the local mosque.

“I was there because I need to blend in with the crowd. That saves my life, my family and my colleagues,” the Somali Christian said.

When the prayer leader praised those behind the suicide bombing, people at the mosque shouted “Allahu Akubar,” which means “God is great.” The Christian joined with them even though the believer did not agree with the action of the suicide bombers.

Somalia is ranked No. 4 on the Open Doors World Watch List of the worst persecutors of Christians.

In June, Compass Direct News reported that a 17-year-old girl who converted to Christianity was severely beaten for leaving Islam and was chained to a tree by her family.

An Islamic extremist group, called al Shabaab, which is linked to al Qaeda, is reported to be responsible for the murders of several Christians in Somalia.

Al Shabaab militants killed Mohammed Ahmed Ali, a convert to Christianity who led an underground church, in January. And in 2009, its members were behind the beheading of four Christians who worked for a local non-governmental organization that helps orphans in Southern Somalia. The Christians were converts from Islam and were beheaded for apostasy. News of their deaths was relayed to their families by an al Shabaab militant.

Somalia, which is located on the Horn of Africa, is one of the most lawless countries in the world. Chaos and tribal conflicts have plagued the country for the past two decades. The country also suffers from a humanitarian crisis in which 35 to 40 percent of the population depends on external assistance, according to the United Nations. Also, about 1.2 million Somalis are displaced because of fighting and droughts.

The U.N. Resident and Humanitarian Coordinator for Somalia said recently that assistance for Somalia this year is predicted to be between $300 to $400 million worth, down from $650 million last year.

“[W]e have critical gaps in assistance in some of the key areas where people need help,” said U.N. official Mark Bowden to China’s Xinhua news agency.

Despite the critical need, al Shabaad in August expelled three Christian humanitarian agencies. The Islamic insurgency group accused World Vision, the Adventist Development and Relief Agency, and Diakonia of using humanitarian work as a guise for spreading the Gospel.

The Christian organizations all denied the allegations and have temporarily suspended their operations.

Al Shabaad has also reportedly declared war on the United Nations and other Western non-governmental organizations that distribute aid in Somalia.

An estimated 4 million Somalis depend on humanitarian assistance to survive, according to the United Nations.

For more information about the persecution Christians face in Somalia, please click here. 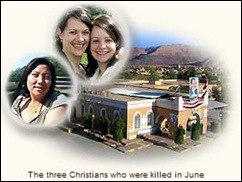 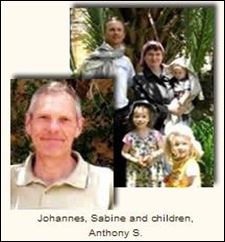 James Abbes stripped off his clothes and shoes. Where he was going in a few minutes, he would not need them--new and glorious garments would be his. But here on earth, some poor folk might find his old garments helpful.

The crowd had come to see one of the burnings that were all too common in the sixteenth century. They would not be disappointed. And they heard words of encouragement, too. As James moved toward the stake, he urged the bystanders to cling to the truth and to seal the cause of Christ with their blood if need be--just as he was now doing. The young man seemed completely confident.

One of the sheriff's servants was cut to his heart by this talk. He cursed James' faith, calling it heresy and he mocked James as a madman. To England's ruling elite as well as to the sheriff's servant, James was a heretic. He held Reformation views during the reign of Queen Mary Tudor of England.

Earlier, when the bishop of Norwich learned of James' "heresy," he ordered him arrested. James wandered about to escape capture, but an informant turned him in. The bishop of Norwich convinced James to recant and gave him a piece of money to seal the bargain.

The money burned the young man's conscience. Although he knew it meant a cruel death, he came back to the bishop and threw down the coin, saying he had been wrong to accept it.

The bishop attempted to talk James out of the stand he was taking; but this time, there was no swaying him. He was given a mock trial and condemned to be burned.

… On August 2, 1555 the sheriff's men fastened James to a stake at Bury, England. As the fire was lit, he praised and glorified God. The flame rose around his body.

At that moment, according to John Foxe's account, the servant who had mocked James and called him mad went mad himself. Imitating James, he ripped off his clothes and shoes in front of the people, exclaiming, "Thus did James Abbes, the true servant of God, who is saved but I am damned." He repeated this line again and again.

Then, as Foxe tells it, "The sheriff had him secured, and made him put his clothes on, but no sooner was he alone, than he tore them off, and exclaimed as before. Being tied in a cart, he was conveyed to his master's house, and in about half a year he died..."