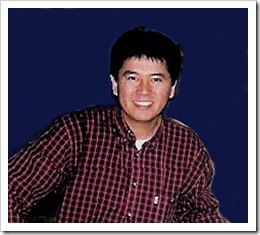 Imagine that your son has been sentenced to 15 years in prison for a crime he didn’t commit. Alimujiang Yimiti’s mother, Wushuerhan, faced this harsh reality in the summer of 2009, when her son was forced to undergo two secret trials before being charged with leaking state secrets to foreigners and condemned to the maximum prison sentence by the Xinjiang Courts.

Alimujiang Yimiti is a Uyghur Christian, who converted from Islam in 1995. He and his wife Gulinuer led a house church ministry in Kashgar, Xinjiang, spreading messages of hope and peace in a region riddled with ethnic conflict and violence. Targeted for his minority faith and ethnicity, Alim has been persecuted unjustly in what his lawyer, Dr. Li Baiguang calls “the worst case of religious persecution in the past decade.”

Authorities seized Alimujiang from his home on January 11, 2008, holding him illegally for over one year on unfounded charges of illegally spreading religion in his hometown of Kashgar. Later, the charges were changed to “divulging state secrets to foreign individuals” based on a private conversation the Uyghur Christian pastor held with an American Christian friend.

For the past two years, Wushueran and Alim’s wife, Gulinuer, have petitioned police officers, government officials, and state agencies. But the officers refused to see them, even barring Alimujiang’s lawyers from visiting him in prison. Wushueran would travel miles from her hometown to stand at the gates of Alimujiang’s detention centre, crying aloud for his release, before guards could force her to leave.

On April 20, 2010, Wushueran, Gulinuer, and Alim’s two sons saw him for the first time in over two years. Barely recognizing his father, Alim’s four-year-old boy could only stare at the strange man, separated from him by a wall of glass. Wushueran encouraged her son to be strong, and Alim in turn comforted his family, not knowing when he would see them again.

Enraged by the injustice, Wushueran and Gulinuer now urge the international community to demand Alimujiang’s release. Hear their appeal for Alimujiang Yimiti, an innocent Uyghur Christian imprisoned for his faith, by watching the movie clip below.

Alimujiang faces a long and torturous separation from his family, simply for the colour of his skin and his profession of faith. In partnership with other concerned organizations around the world, VOM partner ChinaAid urges you to sign the petition to free Alim!

By raising our voices in petition for Alimujiang Yimiti, we the international community can build a brighter, more peaceful future for China and for the world. Add your voice to the thousands around the globe calling for justice today!

To sign the petition, learn more details on Alimujiang’s case, and discover other ways to get involved, please visit www.FreeAlim.com. 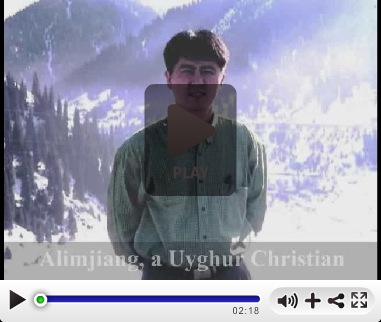