The Revolutionary Armed Forces of Colombia, also known as the FARC guerrillas, have inflicted violence upon Colombians for the last 40 years. Guerrilla leaders are constantly recruiting children to join their Marxist movement to replace the children and young adults who are killed. Those who speak against the violence or encourage others not to join the guerrillas are targeted, especially Christian leaders, like Dora and Ferley. 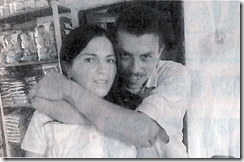 Dora Lilia Saavedra and her husband, Ferley, spoke freely about Christ to the children they taught in Santana Ramos, a farming village deep in the Colombian jungle and a hotspot for guerrilla violence. Each day children ages six to 12 piled into Dora's one-room, wooden schoolhouse and listened to her talk about Jesus, but this was risky. She was luring more away from the guerrillas’ cause. Guerrillas also didn’t like Dora’s commitment to truth. “Christians are dangerous,” they repeatedly said. “Christians cannot lie. If the army asks them about us, they will tell the truth.”

One day, while Dora was in the schoolhouse, a neighbour told her some shocking news: guerrillas were going to kill her and her husband the next day. Even though the neighbour was a guerrilla sympathizer he felt bad for the couple. “You can take your family and run,” he said. “You can leave this village right now.” Calmly, Dora told the messenger not to worry, reassuring him that she and her husband were ready to meet their Lord. 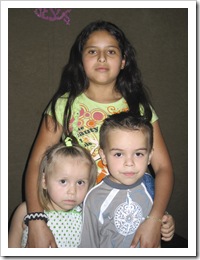 After the neighbour’s warning, Dora and her husband had a final devotion with their three children. The couple spent all night praying and fasting.

The following school day was like any other until around 10 a.m., when two armed guerrillas entered the school. “There will be no more school today!” one shouted. “Go home and return tomorrow.” The children quickly filed out the door as the guerrillas ushered Dora and her family to the back of the schoolhouse. They told Dora and her husband to say goodbye to their children. Suddenly more guerrillas burst into the room. One of them pointed to 12-yearold Marcella, saying, “We will kill her first.”

“No, please,” Dora pleaded as she stepped in between the guerrilla and her daughter. “It is me you want. Take me. Leave her here and take me now.”

Marcella cried as the armed men walked her parents across a field to a river just 300 yards away from the school. They ordered Dora and Ferley to lie face down on the ground. Marcella could not see her parents, but she remembers hearing the two shots as her parents were executed.

Just months after Marcella's parents were murdered, she said, "If I met the men who did this I would forgive them. I know this would be hard, but I know God forgives them. So I have to as well.” When asked what she would say to others who have to live with bad things happening to them, Marcella said: “In the name of Jesus nothing just happens.”

Young Marcella demonstrates the assurance that even in times of great suffering and loss, God is at work in the lives of His children. She is among many of the Christians taking a stand for Jesus in nations hostile to Christ.

You can read the full article and other testimonies of courageous believers from around the world in our Special Edition newsletter. Click here to sign up for your free copy today!