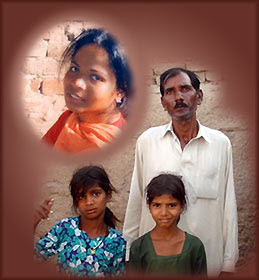 International Christian Concern (ICC) is reporting that Pakistan’s president cannot grant pardon to Asia Bibi, the Christian woman who has been sentenced to death for “blasphemy” against Muhammad. The Lahore High Court issued the order after lawyers argued that President Asif Ali Zardari cannot issue the pardon before Asia’s appeal to the High Court is decided.

Asia has appealed to the High Court, but the court has yet to set a date for her appeal hearing.

In a statement to ICC, Pakistan’s Minister for Minorities, Shahbaz Bhatti, said that President Zardari has pledged to intervene if the High Court unnecessarily delay a decision in Asia’s case. Under Article 45 of the country’s constitution, the president has authority to free convicts.

However, ICC says fundamentalist Muslims have stepped up their threats against the Pakistani officials, warning that there will be anarchy if Asia is pardoned.

Please continue to pray for Asia’s release and protection for her and her family. There are reports that Asia’s husband and children have gone into hiding, concerned radical Islamic groups are planning to kill the family.