Being an everyday Christian 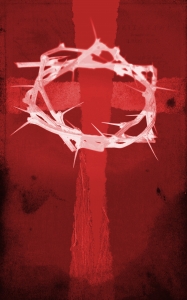 It is good for Christians to know that in the Roman, medieval, Nazi and Communist persecution, the majority of Christians were not ready to suffer and die for their faith. Perhaps only a minority faced torture and death with courage. But the others were also Christians. God saw how sorry they were for their weakness and how eagerly they returned to faith when the immediate danger had passed.

It is a miracle that Jesus can make at least some sheep lie down in green pastures (Psalm 32:2). Normally, a sheep does not lie down. It will graze for hours, even if it is not hungry. How can you lie down with so much green grass around? How can you renounce the world when it offers you so many pleasures?

But among the saints are reckoned not only a St. Anthonie or a St. Paphnutius, or others who have been canonized, or those who have died in prison for their faith. An average Christian life is also a Christian life. An everyday Christian is also a saint.

This passage is excerpted from Victorious Faith by Pastor Richard Wurmbrand, VOM’s founder. Victorious Faith is a collection of stories, anecdotes and insights that sustained Pastor Wurmbrand while he was imprisoned in a Romanian Communist prison.