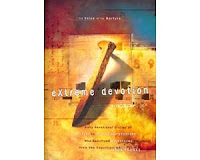 Excerpted from Extreme Devotion, a book of 365 true accounts of men and women who totally sold out for Jesus.

After requiring many hours of hard labour and offering a near-starvation diet, the Chinese prison guards demanded that someone volunteer to clean the bathrooms daily. None of the women prisoners spoke up.

Finally, Sister Kwang stepped forward and volunteered to do the rotten task. She saw it as the ultimate opportunity to share her faith with women in the prison whom she would otherwise never see. During her time in that prison, she led hundreds of women to Christ.

Kwang’s devotion was evident to all who knew her, but it came through much suffering. Before her imprisonment, she and her husband had volunteered to organize groups of evangelists who traveled around China, forming small house churches.

When Communist officials discovered Kwang’s activities, they beat her 12-year-old son to death. Still, she refused to deny Christ and even continued to build the house-church movement after her release.

Finally, in 1974, the Communists decided to make an example of “Mother Kwang,” as her church members now knew her. She was sentenced to life in prison, put in an underground cell with a bucket for sanitary needs, and fed only dirty rice.

She was miraculously released after 10 years and always looked back on her prison time as a gift—a special opportunity to share the love of Christ with people who might never have heard otherwise.


“And whatever you do, whether in word or deed, do it all in the name of the
Lord Jesus, giving thanks to God the Father through him.” Colossians 3:17
Volunteerism is almost a professional occupation for some people. They volunteer at their children’s school, help with parent/teacher nights and help coach their children’s soccer teams. Volunteering for the not-so-popular opportunities can be more of a challenge. Often the volunteer spirit is nowhere to be found. Nursing homes, orphanages and shelters are the last places many people want to spend their time. The smell, depressing environment or other discomforts drive them away. But, where do you suppose Jesus would spend most of his time? Nearly any volunteer position involves necessary and admirable work, but listen carefully for the opportunities less travelled and with those less fortunate. Try being the first to volunteer the next time one comes you way.