Extremists in Somalia arrest man whose sons converted to Christianity 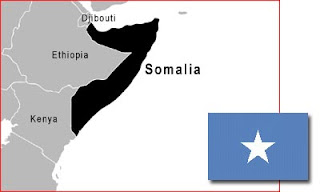 The two teenage sons of Mo'alim Mohamud Aw-Omar converted to Christianity in late 2011. They fled their home following their conversion. Members of the radical Islamic group, al-Shabaab, accused Aw-Omar of "failing to raise his sons as good Muslims" because "good Muslims cannot convert to Christianity." Aw-Omar, who is still a Muslim, insisted that his sons had memorized the Qur'an, fasted and prayed regularly, and therefore he should not be accused of failing his duties.

According to sources on the ground, the Islamists have refused to release Aw-Omar until his two sons return to Kismayo. This is unlikely to happen because the young men will be killed if they return. According to the strict interpretation of the Islamic law that al-Shabaab follows, leaving Islam is a crime punishable by death. Radical Islamists have killed a number of Christian converts in Somalia. This is the first confirmed case of a parent being arrested for the conversion of children.

Pray!
Go to the Somalia Country Report for more on Somalia's suffering Church.