Karnataka most dangerous state in India for Christians 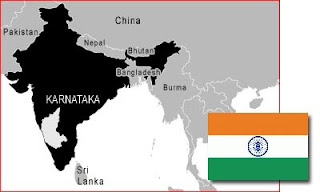 Christmas and New Year's holidays in the south Indian state of Karnataka brought a dramatic increase in attacks on believers, and the state was identified as the most unsafe place for Christians for the third consecutive year, reports Compass Direct News.

There were 49 cases of violence and hostility against Christians in the state last year, according to the Evangelical Fellowship of India's annual report. The Global Council of Indian Christians reported there were at least six anti-Christian attacks between Christmas Eve and New Year's Day alone. Services and prayer meetings were disrupted and pastors and worshippers were harassed and physically abused by groups of suspected Hindu extremists.

In one case on Christmas Day, about 20 people beat Christians, including women and children, with stones and wooden clubs as the believers celebrated at a house a few miles from the city of Mangalore. Injuries in the attacks included fractures, chest injuries and head trauma. Christians account for at least 2.3 percent of India's population, which is more than 1 billion.