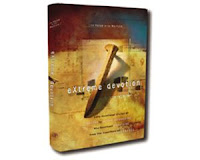 Before his conversion, Chang Shen had been known as a gambler, womanizer, and thief. When he was stricken blind in midlife, neighbours said it was the judgement of the gods for his evildoings.

In 1886, Chang travelled hundreds of miles to a missionary hospital where people were receiving sight. His eyesight was partially restored, and he also heard about Christ for the first time. "Never had we a patient who received the gospel with such joy," reported the doctor.

When Chang asked to be baptized, missionary James Webster replied, "Go home and tell your neighbours that you have changed. If you are still following Jesus, when I visit you later, then I will baptize you." Five months later, Webster arrived and found hundreds of believers. He baptized the new evangelist with great joy.

Later, a clumsy, native doctor robbed Chang of the partial eyesight he had, buy Chang continued his travels to different villages. Though some spat on him and rejected him, he still won hundreds more to Christ.

When the Boxer Rebellion arose, Christians led Chang to a cave in the mountains for safety. The Boxers rounded up fifty Christians for execution in a nearby town but promised to spare them all if Chang came forward. When news reached Chang, he said, "I'll gladly die for them."

Chang was beheaded three days later, and the remaining local Christians were spared.

The great exchange is the message of the great gospel. Jesus offers the opportunity to exchange our old life for a new start. Look how he changed Chang, from one living for self to a person sold out completely for Christ. No matter how much ruin we have caused in our former life, we can be restored to a right relationship with God. This is why our personal testimony is such a powerful witness. A changed life presents strong evidence for the fact of salvation. We don't talk like we used to talk. We don't walk like we used to walk. Who needs to hear about the difference Christ has made in your life?

Excerpted from Extreme Devotion, a book of 365 true accounts of men and women who totally sold out for Jesus. You can order a copy of this book from our online catalogue or by contacting our office.