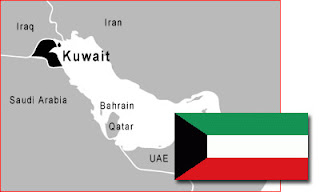 A Kuwaiti Member of Parliament (MP) is drafting a law banning the construction of churches and other non-Islamic places of worship, as lawmakers also attempt to bring in the death penalty for blasphemy laws.

The MP, Osama Al-Munawer, at first said he planned to submit a draft law requiring the removal of all churches in the country, but later said existing churches could remain and that only new construction would be banned. A fellow MP who supports the law said, "Kuwait already has an excessive number of churches compared to the country's Christian minority." About 13 per cent of the population is Christian, although most are expatriates.

Meanwhile new teeth are being given to Kuwait's blasphemy law. Todd Nettleton from our sister mission in the USA said, "Witnesses for Christ could face the death penalty if they would be accused and convicted of blasphemy, if this law passes the process and becomes approved."

While the constitution protects freedom of belief, the constitution also says Islam is the state religion and Islamic law (Shariah) is an important source of legislation. Conversion from Islam to other religions is not permitted, and the government actively supports proselytism by Sunni Muslims. Although the first vote on this law has passed, another vote is required and the leader of the country will also have to sign off on it.