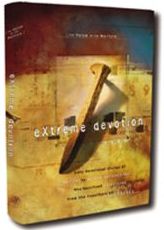 John Foxe, a young teacher at Magdelen College, pleaded in prayer, “They call themselves your priests and ministers, but they worship themselves and their political power. Help them realize that there is no need for another mediator between God and man but Christ Jesus and his Word.”

Someone overheard John and immediately reported him to the college administration. They accused him of holding beliefs in rebellion to the government and against the state church. When he refused to deny his convictions, the council expelled him from the university.

Because of this, John had great difficulty finding work as a teacher. One day, exhausted with hunger, he sat praying in a church. A man John had never met suddenly appeared and thrust a sum of money into his hand. “Cheer up,” he said. “In a few days new work will present itself to you.” A few days later he was hired as a tutor.

Under the reign of Henry VIII, Christians like John were tolerated. When Mary I came to power, however, she executed any who defied the religious edicts of the state. Three hundred people died during her five-year reign. John and his pregnant wife fled England to Belgium, barely escaping being apprehended.

In defense of those who died for their faith, John wrote Foxe’s Book of Martyrs.

It is one thing to read about persecution, yet quite another to experience it. In the same way, many people read about the lives of committed Christians and admire their courage from afar. Yet they have no firsthand experience of faith to call their own. While they extol the martyrs’ courage, they cannot relate to its source: a personal relationship with Jesus Christ. They may read the gospel message, yet they do not respond in faith. Martyrs lived and died calling others, even their oppressors, to faith in Christ. Could they be calling you toward Christian commitment even now as you read their stories? Don’t merely extol their faith when you are invited to experience it firsthand.