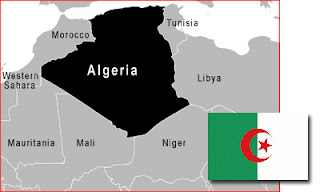 Algeria gained independence from France in 1962 after a bitter war of liberation. A one-party socialist regime backed by the army held power for more than 25 years. Economic failure and political abuses of power provoked widespread agitation for change. Islamists won the 1992 elections, but the army intervened, and an ensuing civil war caused more than 100,000 deaths.

The current president appears to be accommodating militant Islamist groups. Freedom of religion is dwindling since legal changes in 2006. The Algerian National Assembly passed a presidential order in 2006 that requires all non-Muslim religious groups to register with the government and be officially approved. These groups must meet in government-sanctioned buildings under a government-approved pastor. Believers now face threats and intimidation by the government, family, friends, employers and Muslim extremists.

In January 2008, an intense media campaign against the church began as newspapers carried articles expressing concern about the growth of Christianity. Intense persecution followed — house churches were closed by authorities, several believers were arrested and some were formally charged with insulting Islam. The government has not allowed any new church buildings to be built and all newer churches that exist in Algeria today are house churches.

Persecution is intensifying, as Islamist groups become increasingly intolerant of other expressions of faith. Catholics and the Protestant Church of Algeria are the only Christian bodies officially recognized. Muslim fundamentalists are strongly agitating for the institution of Islamic Shariah law.

Please pray for Algeria!
For other Country Reports and prayer requests, visit our website.