We are pleased to share that Pastor Youcef Nadarkhani has been released from prison in Iran and has been reunited with his family!

In November 2010, Pastor Youcef was found guilty of apostasy and sentenced to death. During his imprisonment, prison authorities used various methods to try and convert Youcef back to Islam. Youcef refused to deny his faith in Christ.

At a court hearing on September 8, Youcef’s previous conviction for apostasy was withdrawn and he was convicted on charges relating to evangelistic activities and sentenced to three years' imprisonment, reports Middle East Concern.

The time Youcef already served (two years and 11 months) counted towards the new sentence. The court accepted a bail payment (in the form of a salary guarantee document) in order to release him one month early.

Pastor Youcef has been reunited with his wife and two children.

We thank you for your prayers and letters on behalf of Youcef and his family! Below are photos tweeted by Jordan Sekulow for the ACLJ. 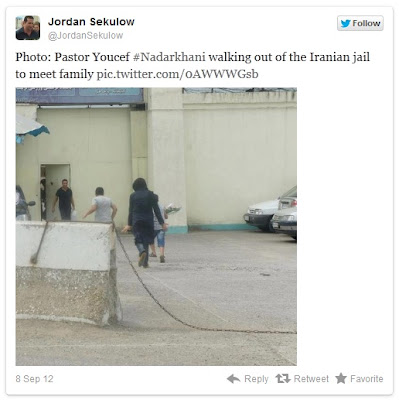 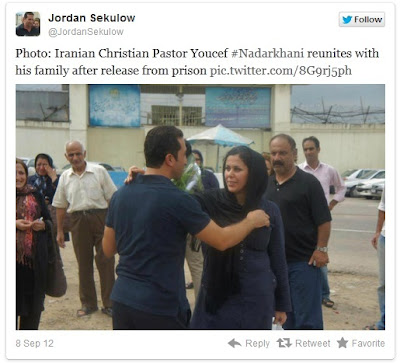 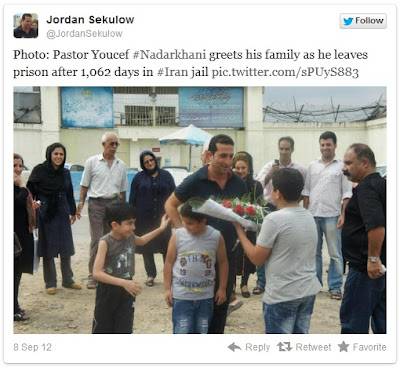