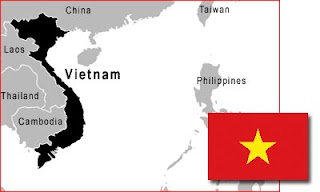 Vietnam is one of the world’s few remaining Communist nations. After gaining independence from France in 1954, 30 years of war were followed by a re-unification of the North and South under the Communist Party in 1975.

The Communist Party retains supreme control of all state policy and activity, and the government and military are both tied closely to the party. Strong authoritarian rule brooks no dissent, especially not from ethnic or religious minorities. As a result, human rights violations continue to accrue.

Though Vietnam's constitution provides for freedom of worship, the government continues to restrict organized activities of many religious groups. Only government-controlled religious organizations are allowed. The Southern Evangelical Church of Vietnam and the smaller Evangelical Church of Vietnam North are two of the largest officially recognized Protestant churches.

Unregistered churches and ethnic minority Christians still suffer harassment, discrimination and, sometimes, outright persecution. When police threatened in December 2009 to beat a man to death and seize his property, which would leave his family destitute, he signed recantation documents. He was asked to prove his reconversion by offering sacrifices to ancestors.

In July 2010, a gang of youths attacked and damaged a house-church building in Phu Yen Province. After the attack, police from local and provincial levels came to the area several times to "investigate." However, local Christians believe authorities were only attempting to identify Christians in the village. In November 2010, two Vietnamese evangelists were given prison sentences for “undermining national unity.” They are members of the Vietnam Good News Mission, a fast-growing group of house churches. One month later, police arrested and beat prominent Pastor Nguyen Hong Quang and demolished his Mennonite Bible School, seizing the land for government purposes.

Please pray for Vietnam.
For reports and accompanying prayer requests on other countries hostile to the gospel, visit our Restricted Nations site.