A Decision to Stay 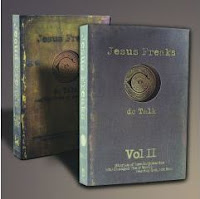 They came without warning, out of nowhere.

Evangelist To Dinh Trung was riding his bike over a rough dirt road in North Vietnam. The ruts in the road demanded his full attention. Suddenly he was surrounded by a squad of Communist police officers who pulled him off his bicycle and started beating him. They made fun of him in front of the crowd of villagers, videotaping everything. Finally, he was taken to prison and kept there without a trial.

Trung had travelled hundreds of miles on his bike while ministering to the K’Ho tribe. Dozens of K’Ho villagers had become Christians after Trung visited them in their homes. But the K’Ho is one of 60 tribes in Vietnam that the government has strictly forbidden Christians to evangelize. Still, a growing number of believers have dedicated themselves to take the good news of the Gospel “outside the camp,” where no official churches exist. Some are schoolteachers, more are rice farmers or fishermen. All are persecuted by the Communist government.

Trung was in prison for six months before his trial. He saw this as a divine opportunity to preach to the lost. What else could the Communists do to him? He was already in prison! Through his efforts, many have come to Christ in the prison near Quang Ngai.

Meanwhile, Christians around the world were alerted to Trung’s situation. Many prayed and wrote letters on his behalf. Because of the pressure put on Vietnamese authorities, Trung was offered an early release. The only problem: The evangelist wasn't ready to leave! He felt God’s call to stay in prison and disciple his new flock of believers. Trung refused his early release and chose to serve his full sentence.

Trung was greatly encouraged when he heard of the many letters written by Christians on his behalf. He knows he is called to be an evangelist in Vietnam – which is a very dangerous occupation. The prayers and letters gave him the strength to continue to be a witness to his fellow inmates for the kingdom of God.
“I don’t care about my own life. The most important thing is that I complete my mission, the work that the Lord Jesus gave me – to tell people the good news about God’s grace.”


My life is worth nothing unless I use it for doing the work assigned me by the Lord Jesus – the work of telling others the Good News about God’s wonderful kindness and love.
~ Paul the Apostle ~
Martyred in Rome, 65 AD
(Acts 20:24 NLT)