The decline of religious liberty 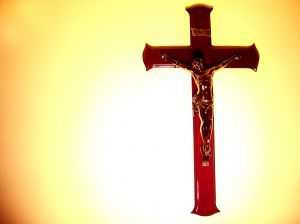 Her report is about religious liberty and its decline globally. It definitely warrants a read.

In the non-West, persecution of Christians continued to escalate through 2010. The draining wars in Afghanistan and Iraq, combined with the “global financial collapse” of August 2008, have left America without the economic leverage to convince leaders of non-free states to rein in persecution.

This comes at a time when intolerant, fundamentalist Islam is in revival and intolerant, religious nationalism is emerging as a dominant political force in the world. Meanwhile, Iran is ascendant in the Middle East and exerting influence across the Muslim world. Likewise, China is ascendant in Asia and exerting influence in Africa and other places where it has established a presence. To counter domestic tensions, both Iran and China are escalating persecution against anything that could threaten “harmony,” i.e. the political status quo.
As persecution escalates, neither the US nor the EU (European Union) nor the UN nor any NGO (non-government organisation) can do anything about it.

For many decades now, the West has been forgetting God (Deuteronomy 8: 11-20) and in pride and arrogance has been pursuing independence and self-sufficiency. Across much of the West, once dominant Christian values have become minority values increasingly deemed to be in violation of human rights. As the West lurches towards “culture collapse,” Western leaders are similarly becoming increasingly desperate for “harmony” at any price. Consequently, belligerent forces are being appeased while Christians are starting to lose their jobs, their places at university, their right to free speech and witness, and even their right to serve in a humanitarian and charitable capacity.

Unless there is widespread revival—for this is a spiritual issue before it is a political one—the situation will only get worse.

Over recent decades, persecuted Christians and their advocates have increasingly invested their hopes, trust and faith in governments and NGOs, especially in the US and the UN. Persecuted Christians and their advocates should be starting to realise that politics, the projects of men, powerful alliances and military might are all failing to bring security.

As the devil mockingly asks, “In whom do you now trust?” let us pray that the crisis serves to awaken and revive the Church. Might we like King Hezekiah remember our gracious, faithful Lord and turn to Him (Isaiah 36-37).