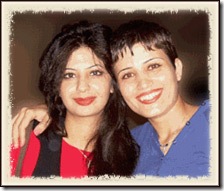 Fourteen months after they were arrested for their Christian faith and activities, Maryam Rostampour and Marzieh Amirizadeh have been acquitted of all charges by the Iranian judicial authorities. However, they  were warned that any future Christian activity in Iran will be seriously dealt with.

[On] Saturday May 22, 2010, they left Iran and arrived safely in another country. Sam and Lin Yeghnazar, founders of Elam Ministries and spiritual parents to Maryam and Marzieh, met them at the airport. It was a tearful reunion.

“It was very emotional when we first saw them,” said Lin Yeghnazar, “Now, we want to see them rest and recover.”

Maryam and Marzieh are eager to thank Christians who have been praying for them. “We are most grateful to everyone who prayed for us,” Marzieh said, “I have no doubt that God heard the prayers of His people.” Maryam added, “I believe our arrest, imprisonment and subsequent release were in the timing and plan of God, and it was all for His glory. But the prayers of people encouraged and sustained us throughout this ordeal.”

Both young women have shown exceptional courage, daring to tell an Islamic judge that they would never deny their faith in Christ. When Sam Yeghnazar told them their example had encouraged countless people around the world, they were quick to respond, “We are frail human beings with many weaknesses. The honour and glory go to God who has kept and used us, although we don’t know why He has chosen us. All the glory goes to Him.”

Maryam and Marzieh were arrested in March 2009 because of their Christian faith and were repeatedly placed under great pressure to recant and deny Jesus Christ. They faced repeated interrogations, weeks in solitary confinement, and unhealthy prison conditions. Both became seriously sick during their imprisonment and did not receive the treatment they needed which greatly increased their suffering. Senior judges and officials also intimidated them.

Despite this, they remained faithful to Jesus Christ and did not deny Him. After their conditional release from prison in November 2009, they have had a very trying six months waiting for their case to be heard in an Islamic court where they could have been sentenced to prison again.

“We have seen the Lord do miracles over and over again. He kept us and gave us favour in prison, and sustained us during a very difficult period of waiting for our final trial,” said Marzieh.

Maryam and Marzieh have lived through many experiences during the last fourteen months. The days ahead are not certain. However, they are determined to serve the Lord and the Iranian church. “We hope to eventually share some of what the Lord allowed us to go through to highlight the need and the opportunity for the church in Iran, but right now we will take time to pray and seek the Lord for His will,” said Maryam.

Please continue to pray for Maryam and Marzieh to fully recover and continue in fruitful ministry. (Source: Elam Ministries)

Praise God for the release of these women! We encourage you to continue to pray for believers in Iran facing persecution because of their faith in Jesus. To find out more about Iran and for guidance on how to pray for its people, please click here. If you would like to post a prayer on VOM’s Persecuted Church Prayer Wall, please click here.