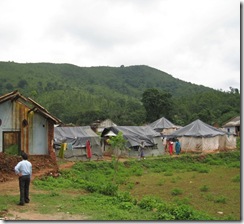 It has been nearly two years since anti-Christian violence erupted in India's Orissa state. The attacks claimed the lives of approximately 100 Christians while dozens of church buildings and homes were destroyed (click here to read more about these attacks).

Justice and peace remains elusive for Christians in Orissa. Many believers remain in relief camps, unable to return to their villages due to threats from militant Hindus. Others no longer have homes to return to. Churches that were destroyed in the violence remain in ruins.

According to Union of Catholic Asian News, two men were recently convicted of culpable homicide and sentenced to six years' imprisonment for burning alive a paralytic man on August 24, 2008. The lenient punishment has disappointed local Christians, who fear such light sentences could encourage more crimes.

You can read the full report below: 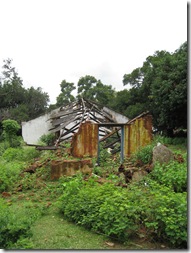 A verdict of culpable homicide for two Indian men accused of killing a paralyzed Christian during anti-Christian riots in Orissa has disappointed Church people.

The lenient punishment of six years’ jail for the two would encourage more crimes, said Father Dibakar Parichha, a lawyer assisting the 2008 riot victims. “It was the gruesome killing of a man, who could not move out of his bed.”

A court on June 30 convicted Sushanta Sahu and Tukuna Sahu of culpable homicide not amounting to murder and sentenced them to six years’ jail for killing Rasananda Pradhan. It also fined them 5,000 rupees (US$111).

Pradhan, a paralytic, was burnt alive when his house was set on fire by Hindu extremists on Aug. 24, 2008, according to the prosecution.

“I am disappointed at the prosecution and investigation that has led to the judgment,” said Bishop Sarat Chandra Nayak of Berhampur.

“If there is no justice, people would lose confidence” in the legal system, the prelate said. 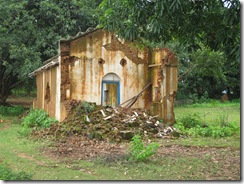 Pradhan’s brother Ravinder also expressed dissatisfaction over the outcome of the case as the men were not convicted for murder. “There are other accused still to be arrested and prosecuted,” he said.

A total of 831 riot cases have been registered and two fast-track courts are processing 189 cases. The courts have tried 87 cases as of June 28, acquitting 621 people and convicting only 154 people, Father Parichha said.

The seven week-long riots in the state killed 93 people, destroyed some 5,000 houses and displaced 50,000, according to Church records.

Please continue to pray for Christians in Orissa as they rebuild their lives. Pray that, in the midst of such injustice, they will have the patience to entrust true justice into the hands of God (Romans 12:17-21).