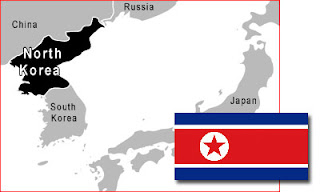 North Korea is arguably the most isolated country in the world. On Russian insistence, Korea was partitioned after World War II, and a Communist regime took power in 1948. North Korea invaded the South in 1950, and civil war dragged on until 1953. Today, the fortified border between the Koreas is one of the most impenetrable in the world, watched by a huge military force.

The country’s dictator, “Dear Leader” Kim Jong-Il, had presided over one of the most repressive regimes in the world until his death in December 2011, passing down his mantle of leadership to son Kim Jong-Un. The country is completely dedicated to the ideology of Juche, which means “self-reliance.”

The only acceptable religion is Juche, or “Kim Il-Sung-ism,” the cult of the deceased leader. All other religions are harshly repressed. Hundreds of thousands of Christians have died because of persecution, and up to 35,000 are currently in prisons or work camps. The true number of Christians is unknown, though estimated by most reliable sources to be around 100,000.

After decades of economic mismanagement and resource misallocation, North Korea has relied heavily on international aid to feed its population since the mid-1990s. Chronic food shortages and widespread malnutrition are rampant. North Korea's history of regional military provocations, proliferation of military-related items, long-range missile development, “weapons of mass destruction” programs and massive conventional armed forces are of major concern to the international community.

As Juche becomes increasingly weak and deluded, North Korea and its regime appear ever more vulnerable. According to The Wall Street Journal, U.S. intelligence depicts Jong-Un as "a volatile youth with a sadistic streak who may be even more unpredictable than his late father."

For reports and accompanying prayer requests on other countries hostile to the gospel, visit our Restricted Nations site.